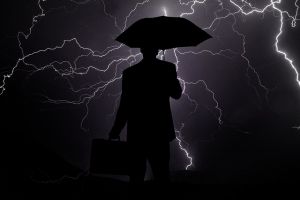 The above contraindications are based on the things I’ve experienced, learned, and read. I do not claim that these are the only existing contraindications. If you are not a practitioner yourself, I advise you to deploy professionals to instruct you about or help you with applying electrical stimulation to prevent accidents due to ignorance.

The reasons for these contraindications are the following.
Firstly, the pacemaker and other electric devices within your body. The electrical pulses that are applied to the body enter the body and can affect nerves, muscles, and electric devices. Electrical stimulation can affect a pacemaker, for example, leading to disturbance in the pattern the pacemaker produces. As you may imagine, this could lead to severe consequences.

As for pregnancy, it is also not hard to imagine that electrical pulses are not something you would want an unborn child to get in touch with. 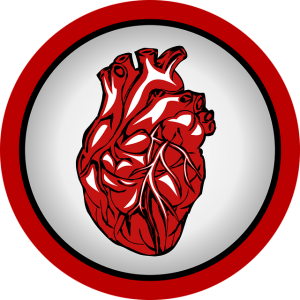 Cardiac problems are disturbances in the heart. The heart is a muscle, and it can thus also be influenced by electrical stimulation. When electrical pulses reach the heart, the heart could thus be forced to pump in a rhythm that may cause severe consequences, including heart attack. Thus, also if you do not suffer from any cardiac problems, you should never apply electrical stimulation near the heart. Keep in mind that stimulation on the upper back is also near the heart. As you may imagine, having cardiac problems can make you extra vulnerable for these disastrous consequences.
Also, never stimulate on the head. Electrically stimulating the head may disrupt brain signals. Therapies in which pulses are applied on the brain do exist, but these are applied with very specific settings by experts.

As for instable joints, broken bones, wounds, tumours, etc., electrical stimulation is discouraged as it may damage these weakened body parts. Electrical stimulation can lead to muscle contractions you wouldn’t voluntarily perform. This is because the produced muscle reaction/EMG-signal depends on the intensity of the stimulation. In case of improper use, this intensity may be too high.  If this occurs nearby a fragile body part, the excessive forces can severely damage these body parts. When applied to irritated or broken skin, this may also interrupt or stop the healing process.

Also, especially during someone’s first experience with electrical stimulation, watch the person’s response. When this person shows discomfort, excessive sweating, shortness of breath, anxiety, or any other abnormalities, stop the stimulation. Furtherly watch out for fainting, and make sure the person cannot fall in case of fainting. Furtherly, the contra-indications mentioned here apply to electrical stimulation, but every technique has its own contra-indications. For example, a different technique like the use of brain machine interfaces for the same purpose may have different contra-indications.

Perhaps you feel as if something is missing in the list of contraindications for electrical stimulation. Feel free to leave a comment about this or anything related to the subject. You can also email admin@electrical-stimulation.com.

Choose the subject of your interest: